The US children’s show has created twins Noor and Aziz to deliver early years education to Rohingya children living in the world’s largest refugee camp.

Sesame Street is no stranger to stepping back from the sunny, carefree world of kid’s entertainment, often reflecting on the raw reality of life for vulnerable children.

The show, which just last year debuted a new initiative providing free resources for community providers on topics such as divorce, trauma, and homelessness, strives to raise awareness about these problems to its large audience.

In the past, Sesame Street has successfully championed diversity and inclusion, making it a wonderful alternative to regular, more scaled back children’s television. While a few of the themes it has chosen to explore have been met with backlash, its intent to educate young (and old) audiences on important and less discussed issues certainly seems to be having a significant impact. 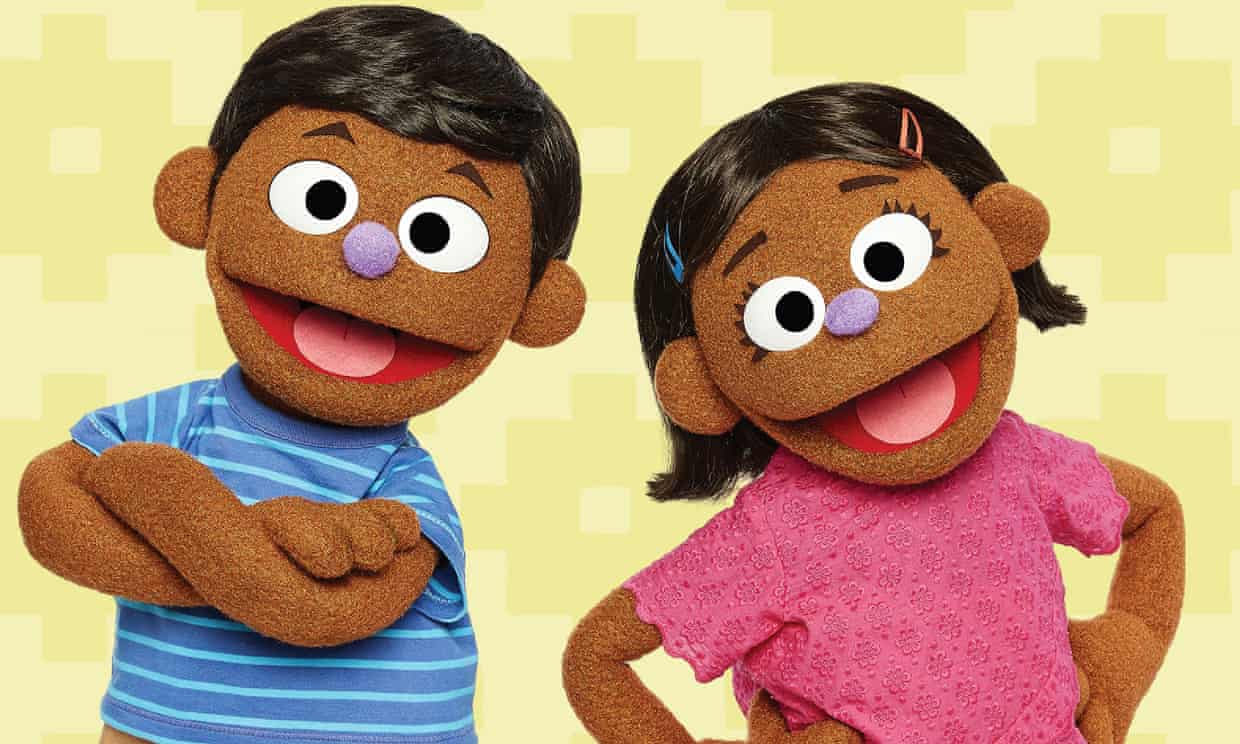 Most recently, non-profit organisation Sesame Workshop (responsible for the production of Sesame Street) unveiled its first-ever Rohingya muppets in an effort to help thousands of refugee children cope with the trauma of living in the world’s largest refugee settlement.

Cox’s Bazar – as it’s locally referred to – has been hit particularly hard by Covid-19, with aid agencies warning earlier this year that the risks of child marriage and trafficking increased tenfold when youth services shut and camp activities were scaled back.

At present, an estimated one million Rohingya refugees are living in the overcrowded sprawling camps in southern Bangladesh, after fleeing a brutal crackdown by the Myanmar military in 2017.

In what former human rights chief at the United Nations calls a ‘textbook case of ethnic cleansing,’ the mostly Muslim minority group have had their rights stripped away entirely, denied citizenship, proper healthcare, and freedom of movement.

The Rohingya are one of the most persecuted communities on the planet, and over half of them are children (730,000 according to UN figures), with a severely limited access to formal education.

Modelled after them, characters Noor and Aziz are a pair of six-year-old twins involved in the innovative $200 million education project that is to provide the Rohingya children currently languishing in camps with some much-needed positivity, laughter, and joy. 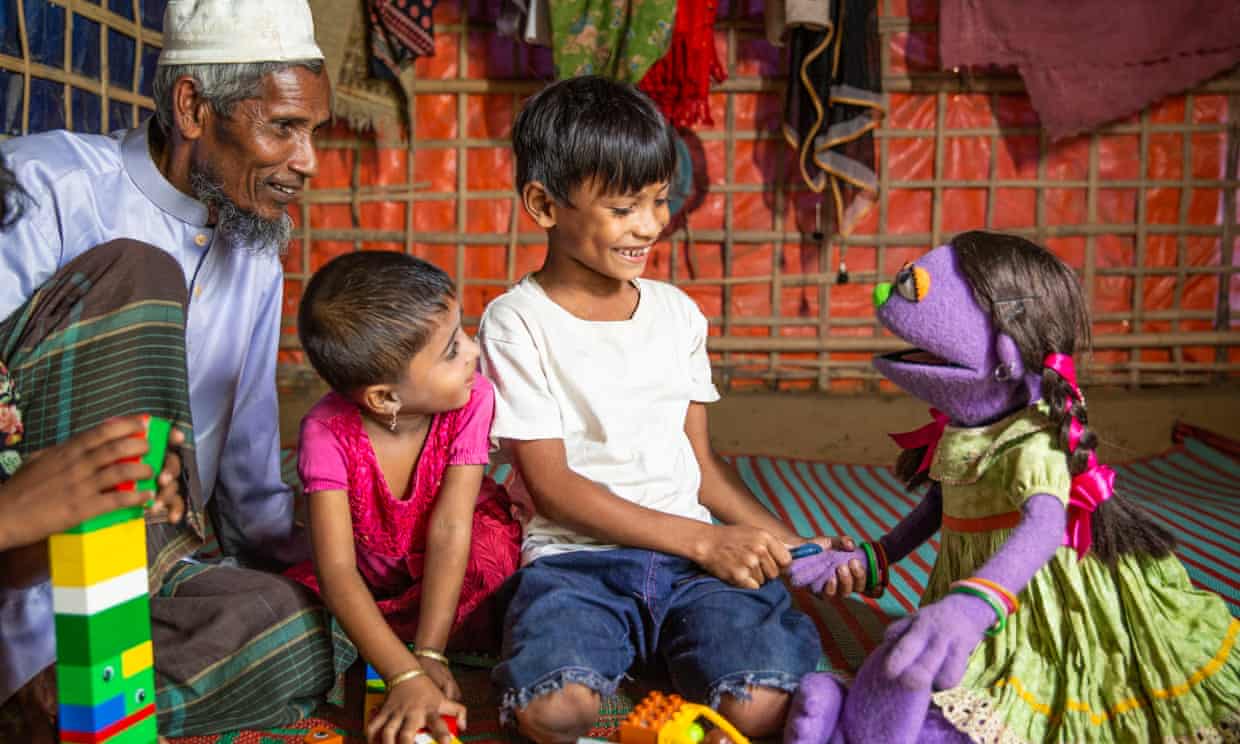 ‘Rooted in the rich Rohingya culture and informed by extensive research and input from Rohingya families, Noor and Aziz will bring the transformative power of playful learning to families at a time when it’s needed more than ever before,’ says president of Social Impact and Philanthropy at Sesame Workshop, Sherrie Westin.

Appearing in Rohingya language educational segments that’ll discuss topics such as maths, health, and safety – in addition to vital information about emotional wellbeing – the muppets will feature alongside the show’s most well-known (and beloved) names.

As described by Sesame Workshop, Noor is a passionate, curious girl on a mission to find ways of understanding her world, ‘no problem too big for her to try and solve.’ Her brother Aziz has a boundless creative streak, the likes of which can, at times, distract him from his daily tasks. Though his imaginative mind may wander, however, Noor is able to make him focus. The series of videos have been curated by Sesame Workshop’s Play to Learn humanitarian programme, in partnership with the LEGO Foundation, New York University’s Global TIES for Children, Bangladeshi development organisation Base Realignment and Closure, and the International Rescue Committee (IRC).

They will hopefully allow those raised amid political turmoil (with very few opportunities to see themselves represented in the media as a result) stay connected to their roots. This is because, besides education, Noor and Aziz symbolise a necessary validation of the identities and experiences of the suffering Rohingya children.

‘Noor and Aziz are at the heart of our efforts to bring early education and learning through play to children and caregivers affected by the Rohingya refugee crisis, who have been impacted tremendously by the dual crises of displacement and the Covid-19 pandemic,’ explains Westin. ‘These are two very special Sesame Muppets – for most Rohingya children, Noor and Aziz will be the very first characters in media who look, and sound like them.’ 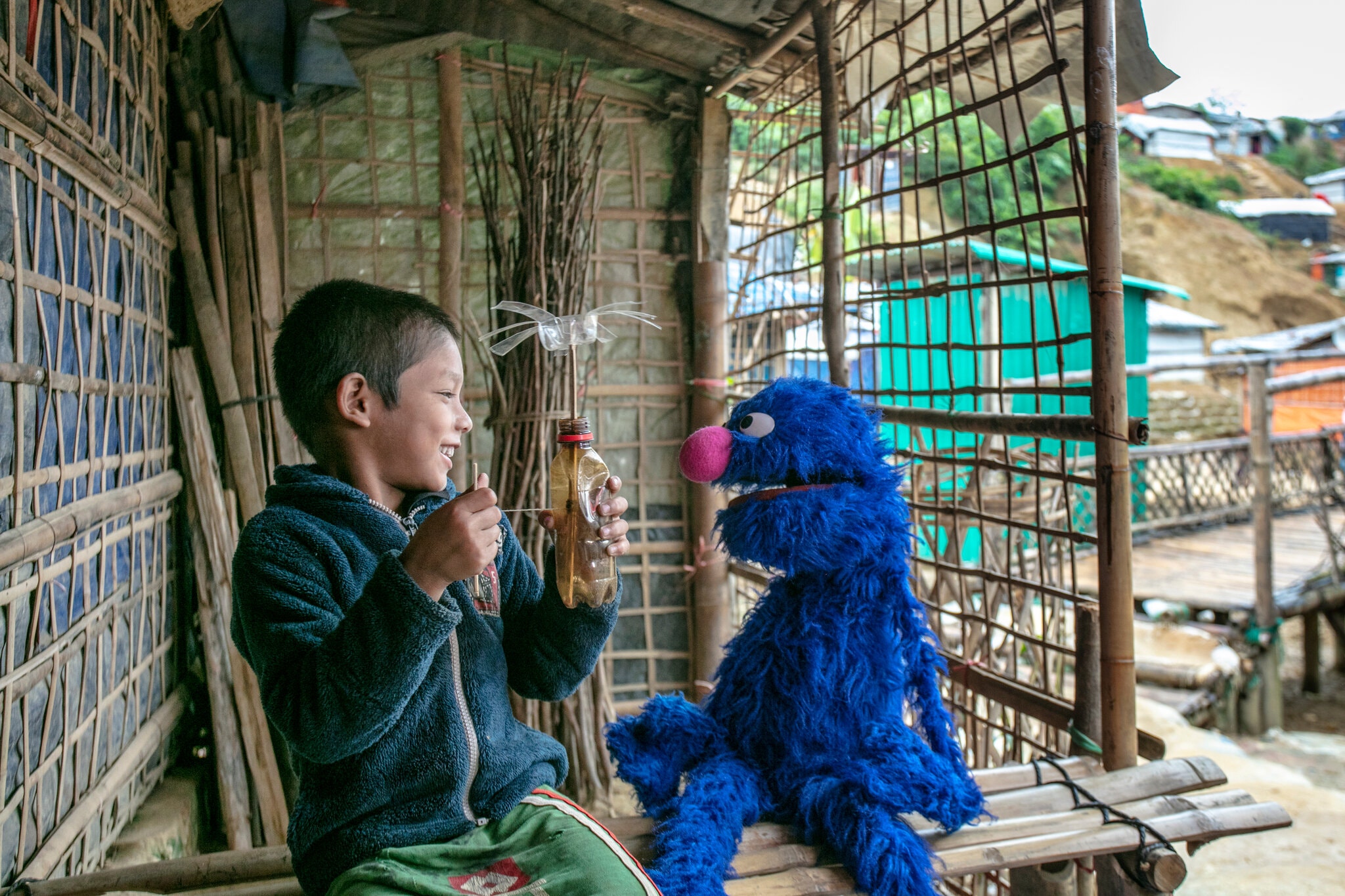 This isn’t the first time Sesame Workshop has launched an initiative aimed towards helping refugees. Last year, the programme joined forces with the IRC to provide Syrian children with educational videos and an Arabic version of Sesame Street. As they continue to pay close attention to what children are struggling with around the world, helping them in a way that will resonate with them most, the show’s trailblazing decisions to embrace topics that other programmes have shied away from should be commended.

‘Sesame Street has always been real-world. It’s not a fantasy, it’s not a fairy tale. One of the things that sets us apart is respecting children and dealing with real-world issues from a child’s perspective,’ finishes Westin. ‘Many of these children have experienced unthinkable horrors. If we can at least help them get off on the right start, where they can thrive, then they have so much more of a chance of succeeding later on.’

It’s truly refreshing to see more reality in the rarefied world of educational TV and, without a doubt, when it’s done as carefully and thoughtfully as this, it can do a whole lot of good. As the show’s chief operating officer puts it, ‘it’s about school readiness, but more importantly it’s also about life readiness.’