The Grammy award-winning artist shared an un-retouched photograph on Instagram to spark conversations about the unrealistic beauty standards perpetuated by social media.

The irresponsible promotion of unhealthy behaviours and obscurement of bodies that don’t match western-centric beauty standards on influential platforms has become a significant issue in recent years.

This isn’t to say we haven’t witnessed efforts to tackle this, however, just last month the UK’s Advertising Standards Authority ruled that influencers must disclose when using filters to promote products to protect the self-esteem of impressionable young people.

And, after all, Gen Z has grown up in an environment of acceptance, one centred on body positivity, a movement which unites those with bodies that fall outside the range of ‘socially acceptable’ and dismantles generation old structures constricting perceptions of beauty.

But this simply isn’t enough, and problematic narratives still prevail. Wise to the notion that there’s no shame in embracing your truest self since day dot and a pioneer of body positivity, the Gen Z popstar is on a mission to spark conversations about ‘digital distortion’ and remind us that we are all beautiful without the filters.

How has she done so? By sharing a completely unedited photograph of herself on Instagram, captioned: ‘normally I would fix my belly and smooth my skin but baby I wanted to show you how I do it au natural.’

And, in addition to championing self-love, the selfie was uploaded to announce Lizzo’s new partnership with Dove on the brand’s self-esteem project, which is striving to reverse the negative effects of social media.

In a recent study, Dove found that 80 per cent of girls had used a filter or photo-editing app to change their appearance by the time they turned 13.

Two thirds said if images on social media were more representative of how women look in everyday life, they would be less worried about the way they themselves look.

It also cites figures that show nine out of every 10 girls in the UK with low body esteem put their health at risk by skipping meals or not seeing a doctor when they need to. ‘There isn’t a magic cure for any of this; we live in a culture that is constantly feeding us these messages about how we should be, and this idea that there is perfection we need to be aiming for,’ explains associate director of Mental Health Foundation, Jane Caro. ‘But it’s just not true.’

Dove’s latest campaign will foster a more positive and empowering space for young people online, strongly advocating against the prevalence of ‘digital distortion.’ 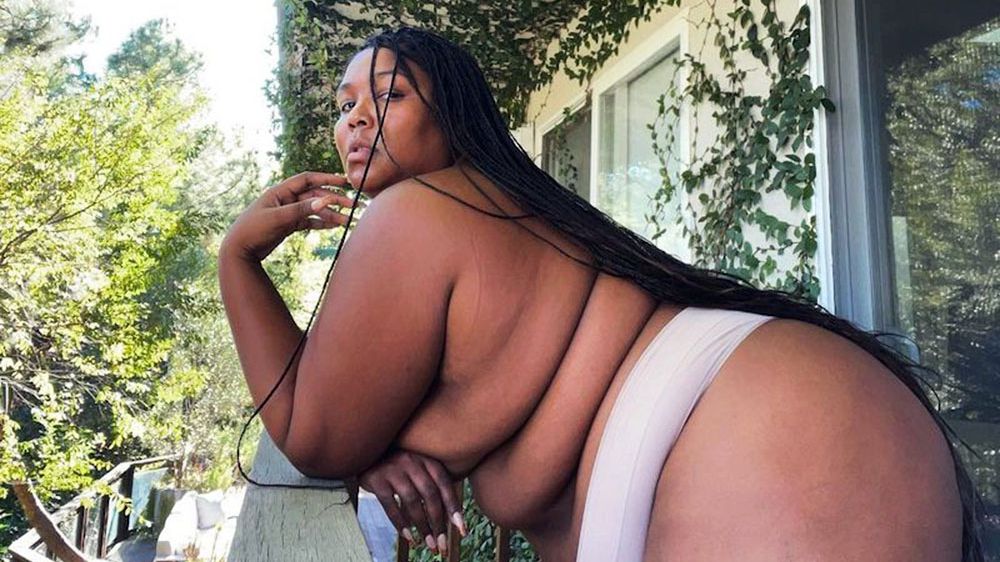 ‘I love how this generation is so creative in the ways in which they express themselves. It’s really inspiring to see how people are taking their identity and their beauty into their own hands. However, people are struggling with their self-image and self-confidence more than ever,’ Lizzo said in a statement announcing the partnership.

‘This is amplified by the increasing pressure to show a digitally distorted version of ourselves, reinforcing the idea that our beauty in real life is not good enough or worthy of likes. It’s happening to young people everywhere, so let’s talk about it.’

Lizzo believes that the body positivity movement needs to move towards body normativity in order to progress. ‘Most people are taught that body negativity is normal, she told Vogue last year. ‘Then I became body positive, which is the opposite of that. It’s disruptive.’

Her decision to challenge impossible beauty ideals rather than uphold them is a welcome change from the ways many celebrities currently use social media and will most definitely strike a chord with her ten million followers and beyond.

We all ought to take a leaf out of her book and lay off the retouching apps, instead choosing to celebrate our most authentic selves.

‘We have to make people uncomfortable again, so that we can continue to change,’ finishes the statement. ‘Change is always uncomfortable, right?’