A widespread fear of environmental damage and ecological disaster is spurring a mental health crisis among Gen Z. What is it and how’s it being dealt with?

Last month, we had the opportunity to speak with Clover Hogan, a 22-year-old activist who’s spent half her life researching the mental health implications of overwhelming concern regarding the current state of our planet. She informed us that, right now, more than 70% of 500 young people in 52 countries feel stressed, fearful, and even depressed in the face of the climate crisis, highlighting the importance of taking the conversation around this mainstream. 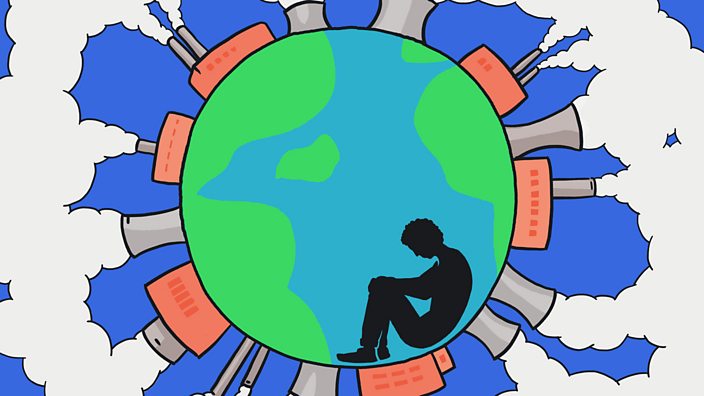 What actually is eco-anxiety?

In 2017, ‘eco-anxiety’ was defined by the American Psychological Association as ‘a chronic fear of environmental doom’ paired with the lack of a clear sense of how to make a difference.

The report uncovered that, while natural disasters have the most immediate effects on mental health in the form of trauma and shock due to personal injuries, loss of a loved one, or damage to property, these intense negative emotions are not relegated to disasters alone.

Yes, the physical impact of the climate crisis is impossible to ignore, but what about the less obvious consequence of our escalating emergency – one that’s putting immense strain on people’s mental wellbeing, primarily the young?

Psychologists warn it could be debilitating for the growing number of us inundated by the scientific reality of ecological breakdown for years to come.

‘We can say that a significant proportion of people are experiencing stress and worry about the potential impacts of climate change, and that the level of worry is most certainly increasing,’ said the study’s co-author, Professor Susan Clayton, at the time.

Despite urging readers to recognise eco-anxiety as a perfectly normal and healthy reaction – as opposed to a disorder which some may deem it to be – she explained that ‘watching slow and seemingly irrevocable repercussions unfold has created a general feeling that the future is uncertain which is extremely hard to live with.’

This is understandable given that realising the impact our lifestyles can have on the planet is not only massively sobering but crippling at times.

Headlines detailing this day after day do nothing but exacerbate the issue, our social media feeds an invitation for doom-scrolling.

And, with the demographic of digital natives most likely to witness the fallout of this chaos, it’s not surprising that they claim to be powerless, especially in the face of government inaction.

‘When you go to sleep, but you start thinking about everything – the state of the planet and potential future of it, knowing that there’s only so much you can do as one person – that’s the anxiety, feeling a bit powerless in it all,’ Gen Zer Sam Johnston told the BBC. So, how’s it being dealt with?

As climate change continues unabated, parents, teachers, and medical professionals across the globe have found themselves ill-equipped to deal with the phenomenon, struggling to differentiate between responsible education and undue alarmism.

Not all hope is lost, however, because in 2021, research on the matter is fortunately abundant.

Eco-anxiety is still a relatively new concept, but psychotherapists are beginning to specialise in it and several organisations (Teach the Future, Healthline, and Climate Psychologists to name just a few) dedicated to its investigation have emerged as a result.

At the forefront is Force of Nature, founded by Hogan with the intention of mobilising tomorrow’s changemakers to turn their frustration into agency. Working at the junction of mental health and the environmental crisis, it’s ‘solving one problem, three ways.’

First, through programmes, curriculum support, and resources helping sustainability educators respond to their students’ needs. Second, by supporting businesses to be the leaders in this sphere, shift mindsets in the room, and allow those historically left out of it to gain direct access. Finally, with youth-powered initiatives encouraging non-profits to deliver projects that improve upon the energy and potential of team members, volunteers and beneficiaries.

They also provide some great tips on how to overcome the narratives holding us back from taking action. These range from focusing our efforts on changing systems rather than ourselves to embracing eco-anxiety as the price we pay for being informed.

After all, as Greta Thunberg said to Alexandria Ocasio-Cortez in 2019: ‘I know so many people who feel hopeless, and they ask me, “what should I do?” To that I say act, do something! Because that is the best medicine against sadness.’

Take Force of Nature’s quiz to learn more and check out their website to get inspired.