According to a recent report published by the organisation, the US migration programme has needlessly exposed tens of thousands of asylum seekers in Mexico to crimes such as rape, kidnapping, and extortion.

Following President-elect Joe Biden’s victory in November, Latin American politicians and activists from Mexico to Argentina were quick to show their relief, praising the democracy of the American people and congratulating Biden on social media.

‘Some are talking the end of fascism, others of the end of one of the darkest periods in American history,’ wrote Foreign Policy. ‘Others say they hope that Biden’s victory will bring the desired understanding and respect for a region that has suffered from the neglect or malignity of the Trump administration over the past four years.’

Having spent decades working in the region, Biden and his team of foreign policy advisers are well-aware of the gravity of the region’s humanitarian crises and, as a result, will resurrect Obama-era initiatives and repudiate Trump’s hardball approach in the process. But for a President now facing a dire public health and economic emergency in his own country, Latin America is far from first on the agenda and some have even begun warning against the former VP’s policy, deeming it in favour of compromising with thugs over human rights.

Despite this, Biden is still committed to making Mexico the main focus of his Democratic agenda due to its long land border which is a major source of illegal immigration and smuggled drugs.

It’s a pragmatic approach promising to finally end the construction of the Mexican border-wall, additionally offering a $4 billion aid plan alongside this to boost prosperity in Central America, the origin of much of the migration.

This is the direct opposite of Trump’s efforts in the region which were primarily to control the flow of immigrants and drugs with harsh enforcement means and threats of imposing economic pain on neighbours.

‘The biggest challenge early on may be the immigration issue,’ former top official at the state department, Thomas Shannon, tells the FT. ‘There’s real pressure to reverse the Trump steps on migration, refugees and asylum but if they are not careful how this is done, it could lead a lot of people in Central America to decide that now is the time to head north.’ For this reason, a leading human rights organisation is calling upon Biden’s incoming administration to rapidly and decisively dismantle ‘Remain in Mexico,’ a ‘devastating’ migration programme which the group says has needlessly exposed tens of thousands of asylum seekers – many of them unaccompanied children – to avoidable physical and emotional harm.

Originally laid out in an attempt to deter them from entering the US through the south, the Migrant Protection Protocol (MPP) requires asylum seekers to await their court hearings in Mexican border towns such as Ciudad Juárez, Mexicali and Matamoros, all of which have some of the highest murder and femicide rates on the planet. Citing cases of extreme violence, abduction for ransom, sexual assault, and rape within these dangerous surroundings, Human Rights Watch says the initiative has, to date, sent more than 69,000 people back into ramshackle refugee camps where they are at heightened risk of such tragedy. 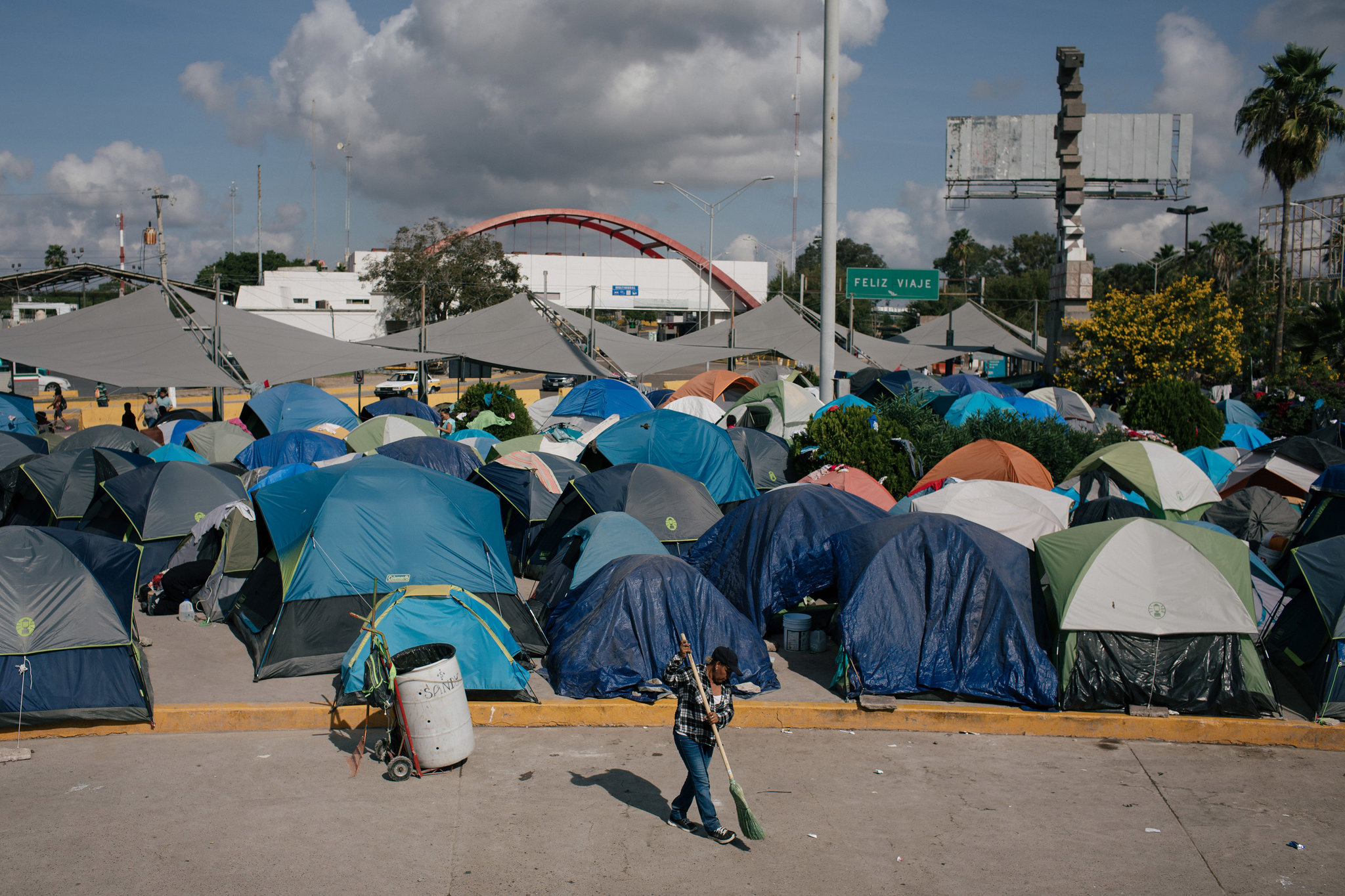 ‘Our researchers have heard really harrowing testimonies from these people about their plight back into Mexico,’ says HRW’s senior child’s rights counsel, Michael Garcia Bochenek.

‘The really shocking thing given the consistent reports of really serious risk to people placed in the MPP – or returned to Mexico after attending hearings in the US – is that US authorities have continued to place people in the MPP, including through the pandemic, and have consistently refused to pull people out of the [program] when they present proof.’

Though Biden has indeed pledged to immediately rescind MPP when he takes office on the 20th, calling it a disaster from the start that’s led to a humanitarian crisis in northern Mexico, he is apparently wary of triggering a sudden influx of arrivals.

Seeking to lower expectations therefore, members of his transition team have since told several media publications that migrants should absolutely not think the border will automatically be open to process everyone on day one. Claiming that increased funding is required to hire more judges to process asylum seekers efficiently, Biden explained at a news conference last month that it’ll most likely take until June (at the earliest) for his predecessor’s immigration policies to be reversed.

Bochenek, however, while understanding of the desire to avoid a mass-rush to the border, believes it doesn’t need to take months, that it’s reasonable to expect a managed and orderly wind-down of the MPP system can be done in a relatively short timeframe with proper planning.

‘I’m hopeful that we can take the [Biden] campaign promises to undo much of Trump’s legacy at face value,’ he finishes. ‘Only then will we see the kind of orderly yet expeditious end to the program that we are hoping for.’

For many, unfortunately, the heart-breaking damage has already been done.