Since a national uprising against police brutality went international, Gen Z’s teen activists have remained at the forefront of the BLM movement, leading the long overdue call for change.

The protests fuelled by George Floyd’s murder on May 25 have gone international. As the world continues to stand in solidarity with the Black Lives Matter movement, the sheer scale of the uprisings is breathtaking. Evidence of global outrage and what looks like a real turning point for the future of human rights are in sight. At the forefront is a demographic renowned for its involvement with social change, a generation of teenage activists who refuse to back down in their demands for racial justice.

Gen Zers, and particularly black Gen Zers, are joining the fight for equality with an unstoppable urgency, determined to overcome the endless obstacles that young people often face when it comes to having their voices heard. No longer will they stay silent, ‘distrusted and dismissed by adults’ as Harvard journalist Zachary Jason puts it. Now is the time to act and act they have.

Across the globe, thousands upon thousands of people have crammed shoulder to shoulder in BLM demonstrations, risking their lives amidst the Coronavirus crisis to support the black community because, as many banners have succinctly argued, ‘racism has always been a pandemic.’ And, despite concerns that the recent outpourings of anger against Floyd’s brutal killing is just another ‘one-off,’ something feels very different this time. With Gen Z at the helm, this expression of the dire need for change appears sustainable, and the momentum it has gained marks a significantly new phase in a long campaign.

‘To be honest anyone who is black and passionate is involved. But it feels like a different moment,’ 29-year-old Imarn Ayton told The Guardian. ‘The death of George Floyd and the protest has inspired many more people to speak up, black, white, everyone. The difference we are seeing is that people are no longer prepared to be ignorant; they want to educate themselves.’

From America to Australia, England to Italy, Brazil to Kenya, teen activists have rallied behind the BLM movement, playing a critical role in calling for societal transformation. Anything but neutral or quiet, they have assessed their future and are ready to take on a different vision: a vision of a society where where prejudice and racism is actively abhorred and uprooted.

What’s certainly clear from looking at the hundreds of inspirational images and videos like that of the young protesters throwing a statue symbolic of white oppression into the water is how committed Gen Z is to proving that it’s the generation the world has been waiting for. With their overwhelming presence on social media, black teenage activists have never before been so conscious of their power to educate, using their platforms to gather allyship and raise awareness of the harsh realities of being discriminated against. 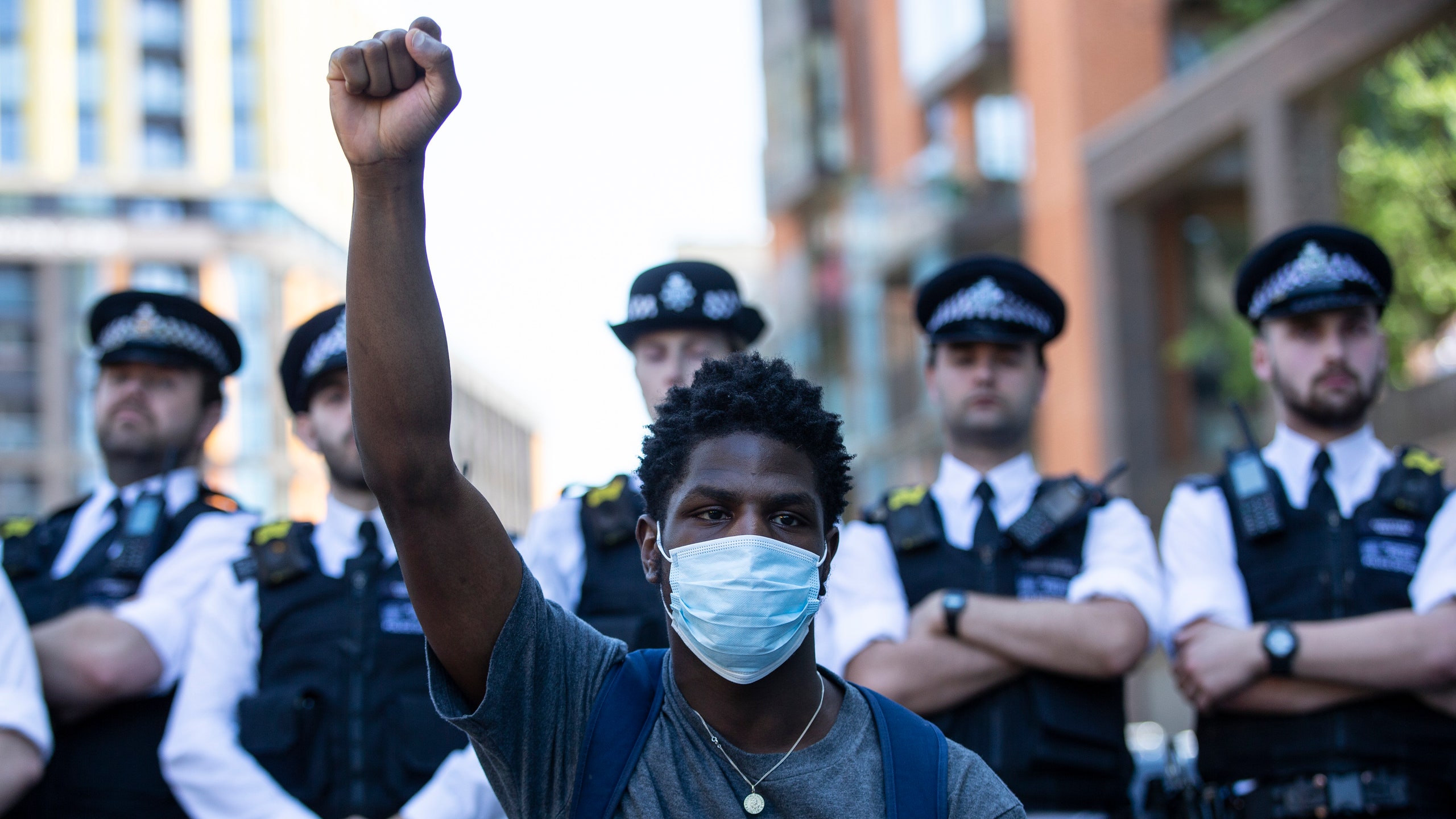 ‘I’ve never thought this time would come, that people would get this riled up over Black lives,’ says Nupol Kiazolu, the 19-year-old president of BLM in Greater New York. ‘It never seemed that important for people outside the Black community, so seeing this kind of solidarity is shocking – but it’s also incredibly inspiring.’

It’s young voices making ingenious use of social platforms to aid the ongoing wave of protests and communicate generations of pain that will drive the final push towards absolute change. The internet, currently rife with weaponised tweets, posts, and hashtags to protect protestors, spread information, and derail racist rhetoric is the ultimate tool of innovation in order to move forward, a tool that’s being embraced by Gen Z with force.

‘I think the biggest thing is advocating online – social media is such a huge platform right now and I think the reason this has gotten so big is because of it,’ says Canadian university student, Cheyann Labadie. ’So just advocating online, supporting your friends, if you have a Black friend be there for them. This is very overwhelming for a lot of us, it’s heartbreaking, it’s overwhelming but it’s empowering at the same time.’ 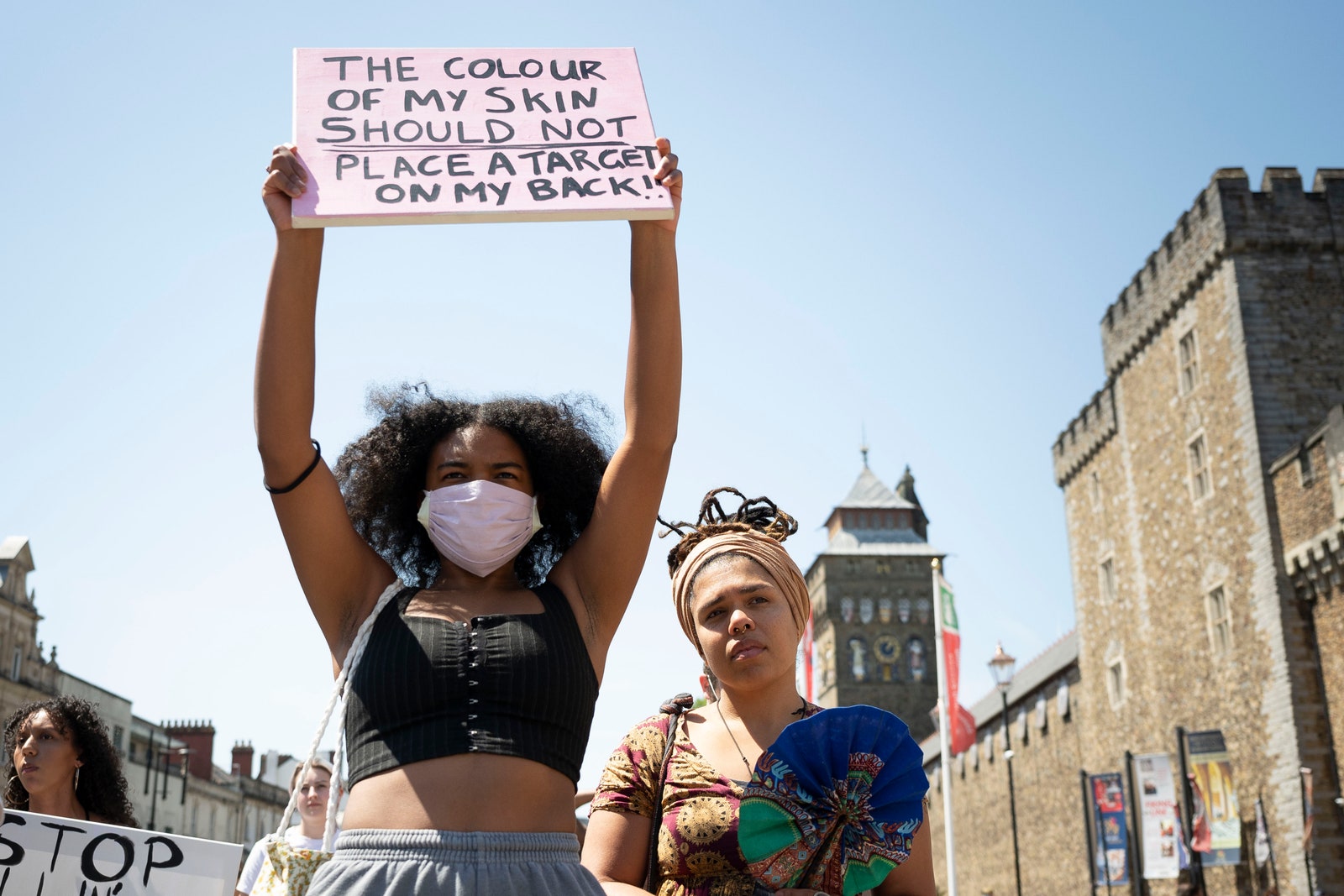 Gen Z is on an unrelenting mission to reprioritise what matters to the world and for the foreseeable future what matters most is equality and human rights. ‘If I’m going to leave the house, then this is the most valid reason that I’m going to do it,’ says 18-year-old Josie Kantras from Omaha. ‘My people are being killed.’

Inherently powerful advocates for change, as young black people and those standing with them remain united in their knowledge that their combined actions hold immense power, they’re finding themselves on the right side of history, and are set on taking the world with them every step of the way.