Progressive left-winger Gabriel Boric is seeking to overhaul the country’s privatised economic system in an attempt to amplify social welfare.

Receiving 56 percent of the vote – a clear 12 points ahead of his conservative rival, José Antonio Kast – he will become one of the youngest heads of state when he takes office in the new year.

‘We are a generation that emerged in public life demanding our rights be respected as rights and not treated like consumer goods or a business,’ said Boric in response to news of his resounding victory against Kast, who identifies migrants, terrorists, and narco-traffickers as the source of many of Chile’s problems.

‘We no longer will permit that the poor keep paying the price of Chile’s inequality.’

Once at the helm of Chile’s biggest protest movement demanding fair access to education, Boric has pledged to oversee a youth-led form of inclusive government that will tackle poverty brought on by the extreme neoliberal economic model imposed by Pinochet during his dictatorship. 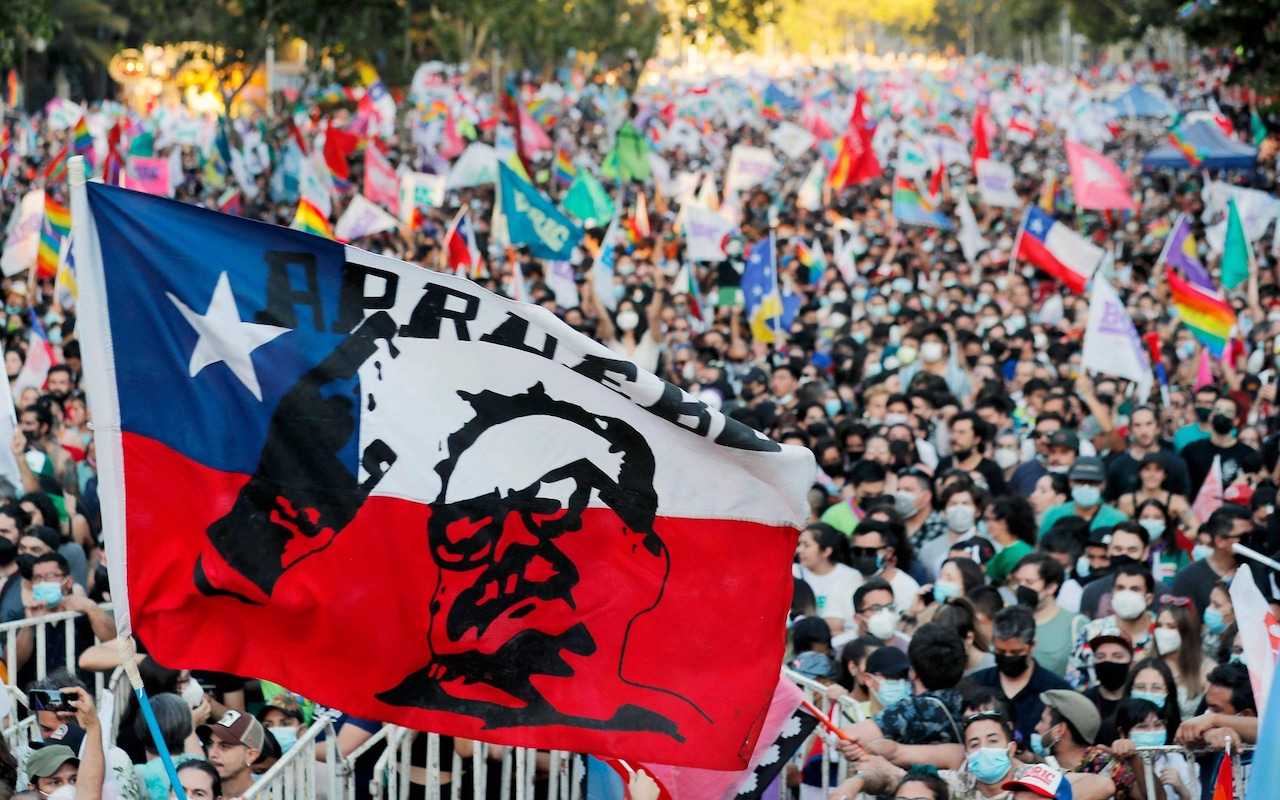 To put this into perspective, what used to be Latin America’s most stable economy now has one of the world’s largest income gaps, with 1% of the population owning 25% of the country’s wealth.

As a result, many working class Chileans had to tap into their pensions amid the pandemic-induced economic crisis.

Boric’s progressive campaign promises to dismantle this unpopular private pension system while improving public healthcare, as well as to block a controversial proposed mining project which would destroy communities and the national environment. ‘The times ahead will not be easy,’ he continued.

‘Only with social cohesion, re-finding ourselves and sharing common ground will we be able to advance towards truly sustainable development – which reaches every Chilean.’

The president-elect, who will be sworn in on March 11, believes that the time has come for a radical overhaul of Chilean society and that his leadership will take care of democracy rather than jeopardise it.

Arguably reflective of his millennial-status, Boris has also vowed to ‘listen more than speak’, strive for unity, look after people’s daily needs, and firmly fight against the ‘privileges of a few.’

The new administration will be closely watched throughout Latin America, where Chile has long been an indicator of regional trends. Not only this, but Boric’s election hints towards a future of young leaders with equality and social rights at the core of what they stand for.

‘This is a historic day,’ a supporter involved in voting for this new era told The Guardian.

‘We’ve defeated not only fascism, and the right wing, but also fear. There have been many years of abuse and we needed a renovation within politics. I have a lot of faith and hope in the youth.’