Home to over half of the human rights activists murdered in 2020, the country’s president will boost military operations against the criminal groups responsible and send more judges to remote areas.

Last year was the deadliest on record for human rights activists in Colombia.

According to a recent report by non-profit Frontline Defenders, of the 331 people promoting social, environmental, racial, and gender justice killed in 2020, 177 were Colombian, with scores more beaten, detained, and criminalised because of their work.

Earlier this month, a separate analysis conducted by Human Rights Watch (HRW) criticised the Colombian government for their lack of action and failure to provide protection to activists.

With Latin America the most dangerous continent in the world, where crime rates are more than triple the global average, President Duque has received countless international demands that more be done to stop violence against social leaders (as they’re locally referred to in Colombia). Addressing this evidently pressing challenge in a meeting with Colombia’s attorney general and other officials, Duque stressed the importance of continuing to ‘strengthen the fight against the criminals that have been linked to these heinous crimes.’

He did not, however, offer a timeline nor any alternative details about the expanded military operations.

Activism has long been a dangerous vocation in Colombia. From the right-wing paramilitary groups that murdered trade unionists, Communists, and locals between the 1980s and early 2000s, to present day -wherein, despite the 2016 peace accord aimed at improving conditions in rural areas controlled by illegal gangs, activists are still routinely targeted by armed groups.

Marta Hurtado, spokeswoman for the United Nations High Commissioner for Human Rights attributes this to a ‘vicious and endemic cycle of violence and impunity in Colombia.’ 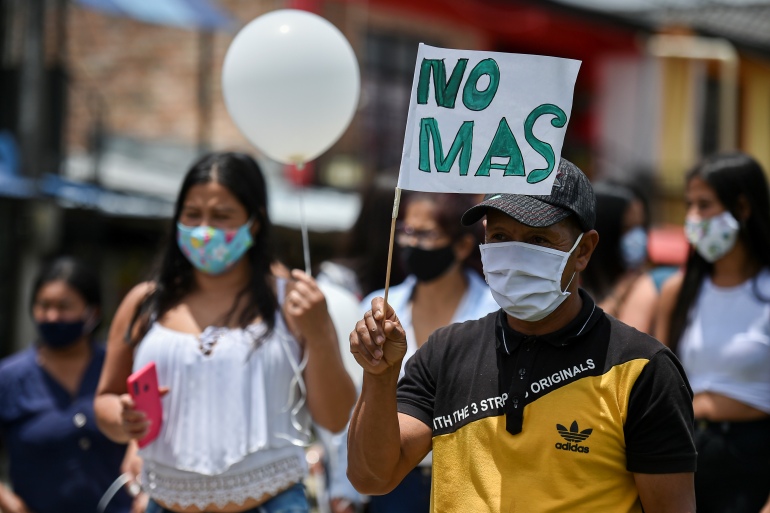 Essentially, when the FARC disbanded, Colombian officials were supposed to build infrastructure and secure zones which had been at war for generations. But when those promises went unfulfilled, armed criminal and paramilitary groups moved in to fill the vacuum that the FARC had left behind, seeking territorial control for drug trafficking and illegal mining.

As a result, the staggering number of deaths have happened in remote locations with higher-than-average rates of poverty where governments struggle to intervene.

‘The government needs to change their strategy. What they’re doing obviously isn’t working,’ says Camilo González, president of INDEPAZ, a non-profit that tracks the implementation of the 2016 peace process.

‘They need to implement the principles of the peace accord, especially in the zones that have been hardest hit by this rising violence.’ Hurtado adds that peace will not fully be achieved if the brave voices of social leaders keep being silenced through violence, and if former combatants who are committed to their regeneration keep being killed.

Fortunately, though these ‘intensifying’ assassinations are causing widespread concern, the UN believes Colombia’s government has in-fact made progress towards tackling the issue.

It has reportedly set up a monitoring system which provides early warnings on threats against human rights defenders and has also launched an initiative to decrease impunity for crimes by taking itinerant judges to the worst-affected areas.

Nevertheless, given the Colombian state has ‘the capacity to adjust its policies to prevent violence’ (UN), the next step would be to increase efforts to implement the peace deal.