Surrounding Latin American countries are scrambling to protect themselves from what experts warn has become the perfect environment for the virus to adapt.

In the months following the first reported case of Coronavirus in Latin America, much of the conversation surrounding its impact on the region centred heavily on Brazil, a country with the most virus-related deaths second to the United States.

Guaranteed to overwhelm global attention, the staggering mortality rates could be attributed to the errors of Brazil’s hard-right president Jair Bolsonaro, who dismissed Covid-19 as a ‘little flu’ and raged against lockdown measures, declaring self-isolation something ‘for the weak.’

While the death toll soared, Bolsonaro was periodically questioning official data, instead pushing a combination of mask-use scepticism and enthusiasm for unproven treatments like anti-parasite pills.

A year on and the federal government’s shambolic approach – trying to achieve herd immunity through contagion – has continued to wreak havoc, amounting in a gruelling third wave that’s catapulted Brazil well past the 300,000-fatality mark. 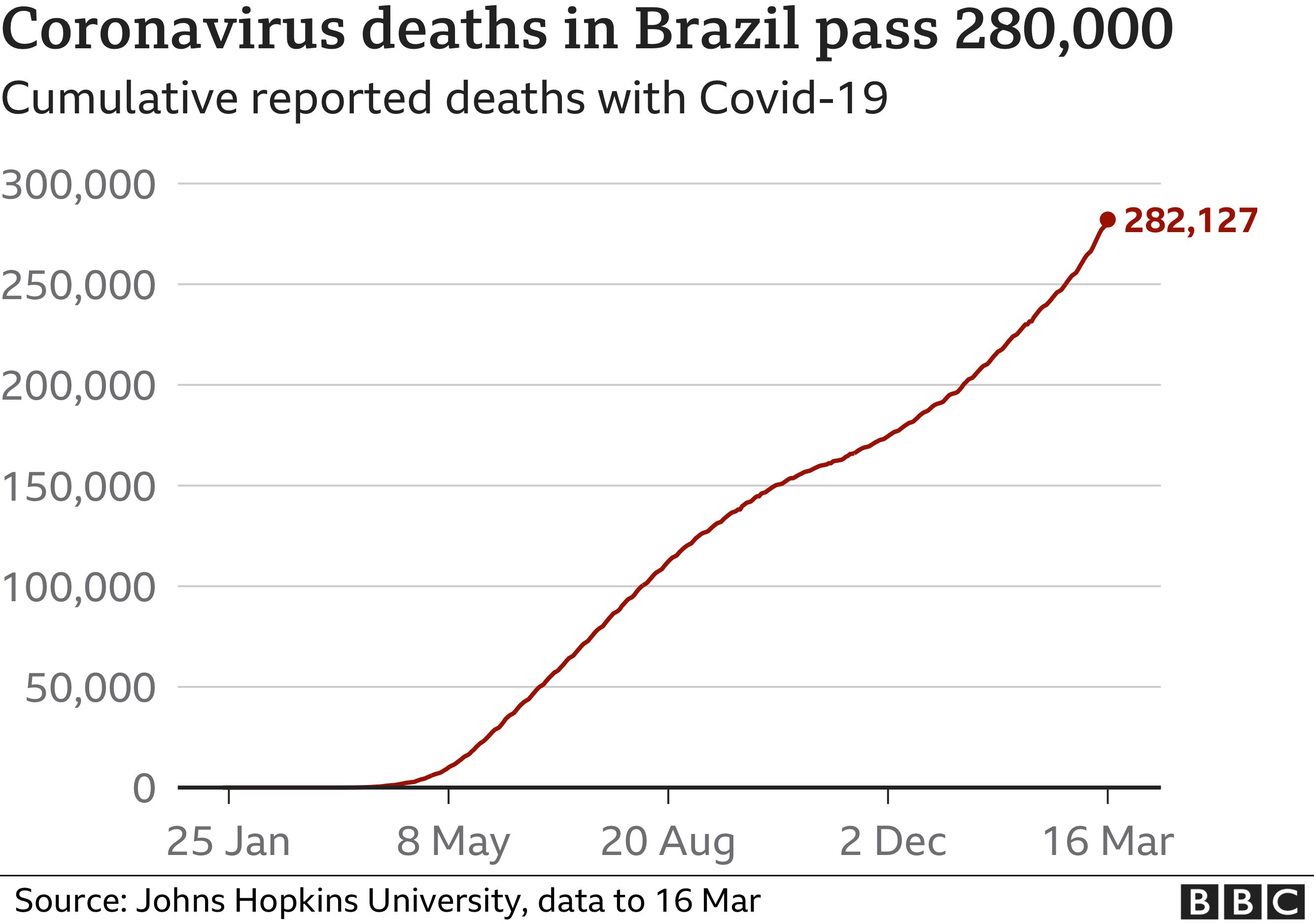 In March alone, 66,570 people died of Covid-19. According to the BBC, this has brought about the biggest collapse of the health service in Brazil’s history.

‘It has been horrifying to watch,’ says Andrea Taylor, assistant director at the Duke Global Health Innovation Center (GHIC). ‘The response has been incredibly chaotic, its messaging completely divorced from the science of epidemiology.’

Breaking its own records every single day (last week nearly one third of all daily COVID deaths worldwide were in Brazil), the country has been plunged into an unprecedented health catastrophe and experts are seriously concerned it has, as a result, become an ideal environment for the virus to mutate.

If this goes unchecked, these new variants have the potential to harm vaccine efficacy which would ultimately prolong the pandemic on a global scale. 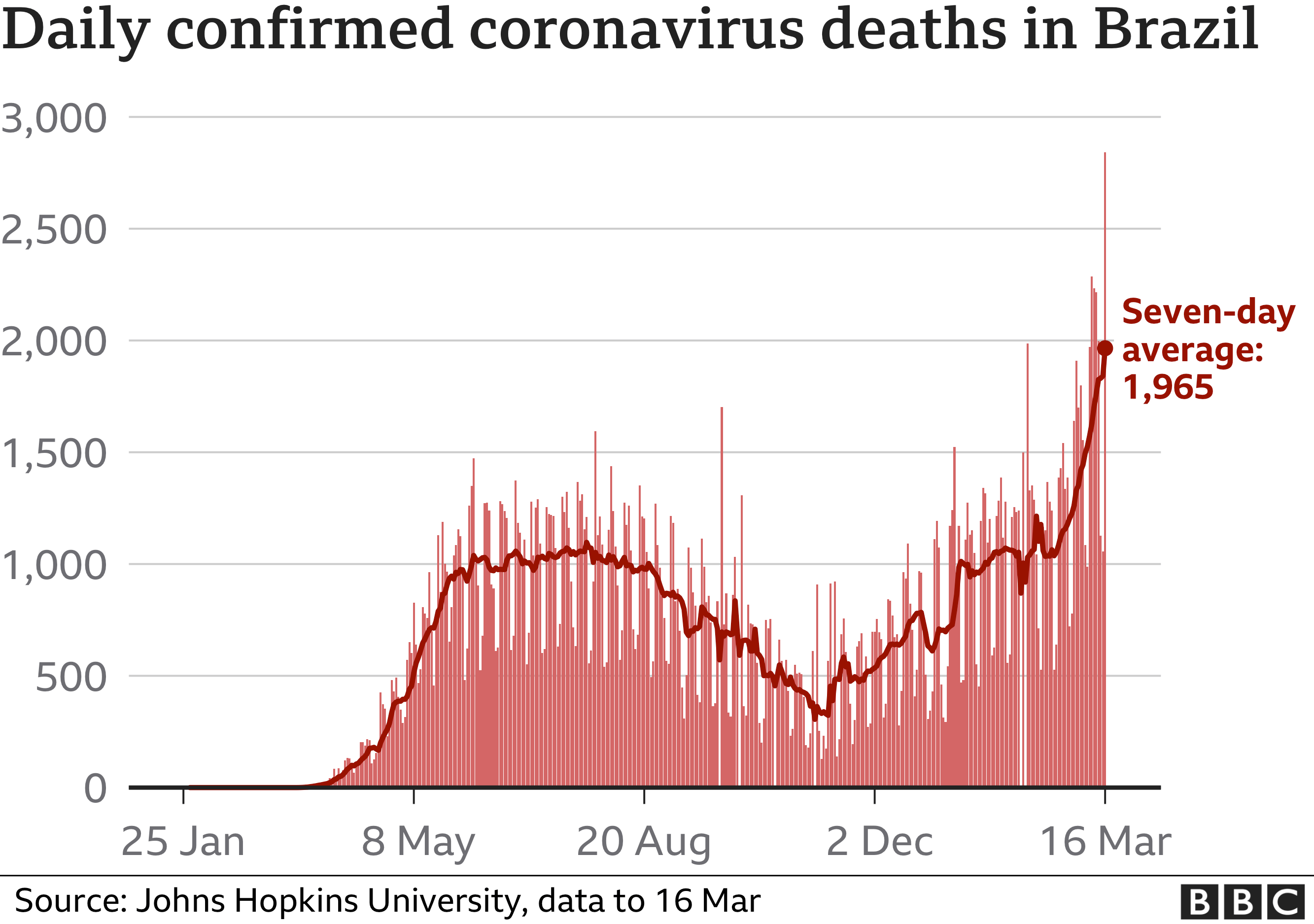 ‘It’s alarming, even distressing, to see the reports from São Paulo and Rio … and the reckless attitude of the Trumpist Brazilian right and Jair Bolsonaro towards the people of Brazil,’ declared Venezuela’s president, Nicolás Maduro, who has since ordered a 14-day lockdown to protect his citizens from the recent outbreak of the highly contagious – and rampant – P1 strain.

Bolsonaro is not solely facing criticism from neighbouring leaders, however, but is currently under widespread pressure to account for his mishandling of the crisis. He has also been condemned for the slow rollout of vaccines, because just 4.6% of the population have received their first dose so far.

If allowed to freely circulate elsewhere, other countries with high transmission rates could soon follow in the footsteps of the ‘absolute epicentre’ of Covid-19. For this reason, there are growing calls for Bolsonaro’s impeachment, as well as a demand he be tried for crimes against humanity at the International Court.