On course to becoming the first major Latin American country to legalise abortion and just the fourth in the region where the practice is not prohibited, it appears Argentina may be about to deliver a historic win for women’s rights after legislation was passed by the lower house.

Submitted last month by left-wing president, Alberto Fernández – who has made the rights of women, gay, and transgender people fundamental to his government, in spite of recession and pandemic hardships – the bill was approved last Friday by a margin of 131 to 117 votes concluding a 20-hour debate.

If approved in its entirety, the country with its staggering population of 45 million would become the largest in Latin America to consent the procedure, a predominantly Roman Catholic region long permeated with stringent abortion laws that, in some cases, have led to incarceration for those violating them. Currently, abortion is only legal in Uruguay and Cuba, both considerably small countries where the Church has less influence over steering policy. In some jurisdictions of Mexico, elective abortion is also legal, as well as in Guyana and French Guiana. A change of laws in Argentina however, which is by far the most populous of these nations and the home country of Pope Francis, has the potential to send a loud signal across Latin America, where the demand for legal abortion shows no signs of abating.

‘This utterly innovative decision will have a contagion effect,’ says Debora Diniz, a prominent Brazilian reproductive rights activist. ‘I haven’t the slightest doubt that other countries will follow suit.’ Though the bill still needs to pass through the Senate, it’s a pivotal moment in the battle over reproductive rights in Argentina, owing to the backing of a president who has dedicated funds and political capital to drastically improve conditions for his female citizens.

In Argentina at present, abortion is only legal in cases of rape or if the life or health of the mother is at risk. The proposed bill will decriminalise and legalise abortion in the first 14 weeks of pregnancy, permitting it beyond that period if the pregnancy falls under those aforementioned circumstances.

Additionally, in the public, private, and social security health system, it aims to provide these terminations free of charge, with the caveat that medical professionals can declare a conscientious objection to carrying them out. That is, as long as they are able to alternatively refer the person to someone willing to perform the procedure in a timely manner.

Up until this point, the absence of legal abortion has meant that millions of teenagers across Latin America have been forced to carry unwanted pregnancies to term. And according to a recent report by REDAAS (Argentina’s Access to Safe Abortion Network), in 2016-2018 over 7,000 girls between the ages of 10 and 14 delivered babies in Argentina alone. This has brought about an ever-growing push for reform from the pro-abortion ‘green wave’ campaign, which had gained serious traction in the run up to President Fernández’ latest announcement.

‘Criminalizing abortion has been of no use. It’s only allowed abortions to occur in clandestine fashion, in worrying numbers,’ he voiced on Twitter, prior to the bill’s approval and marking the first time a bill of this nature has been endorsed by an Argentinian president. ‘Legalizing abortion saves women’s lives, and it preserves their reproductive capacity, which is often affected by unsafe abortions. It doesn’t increase the number of abortions and it doesn’t promote it. It just solves a problem that affects public health.’ In light of his support and the televised declaration that promptly followed to alert the Argentine public of the ‘resulta afirmativo,’ members of the green wave movement and thousands of activists alongside them flooded to the streets in what local news station Infobae referred to as ‘a tsunami of joy.’

‘This is a victory for the women’s movement that’s been campaigning for this for many, many years,’ journalist Ingrid Beck told The Guardian, adding that it’s especially significant for the poorer citizens who have been risking their lives to undergo illegal and often dangerous procedures at home and in underground clinics. ‘The fact that this bill is sponsored by the government makes all the difference.’

The timing of the vote remains unclear, but the Casa Rosada presidential palace suggests it will most likely take place during the summer months, from December to February. While the final outcome is yet to be revealed, executive director of Amnesty International Argentina, Mariela Belski, believes we can rest assured it’ll be a positive one. 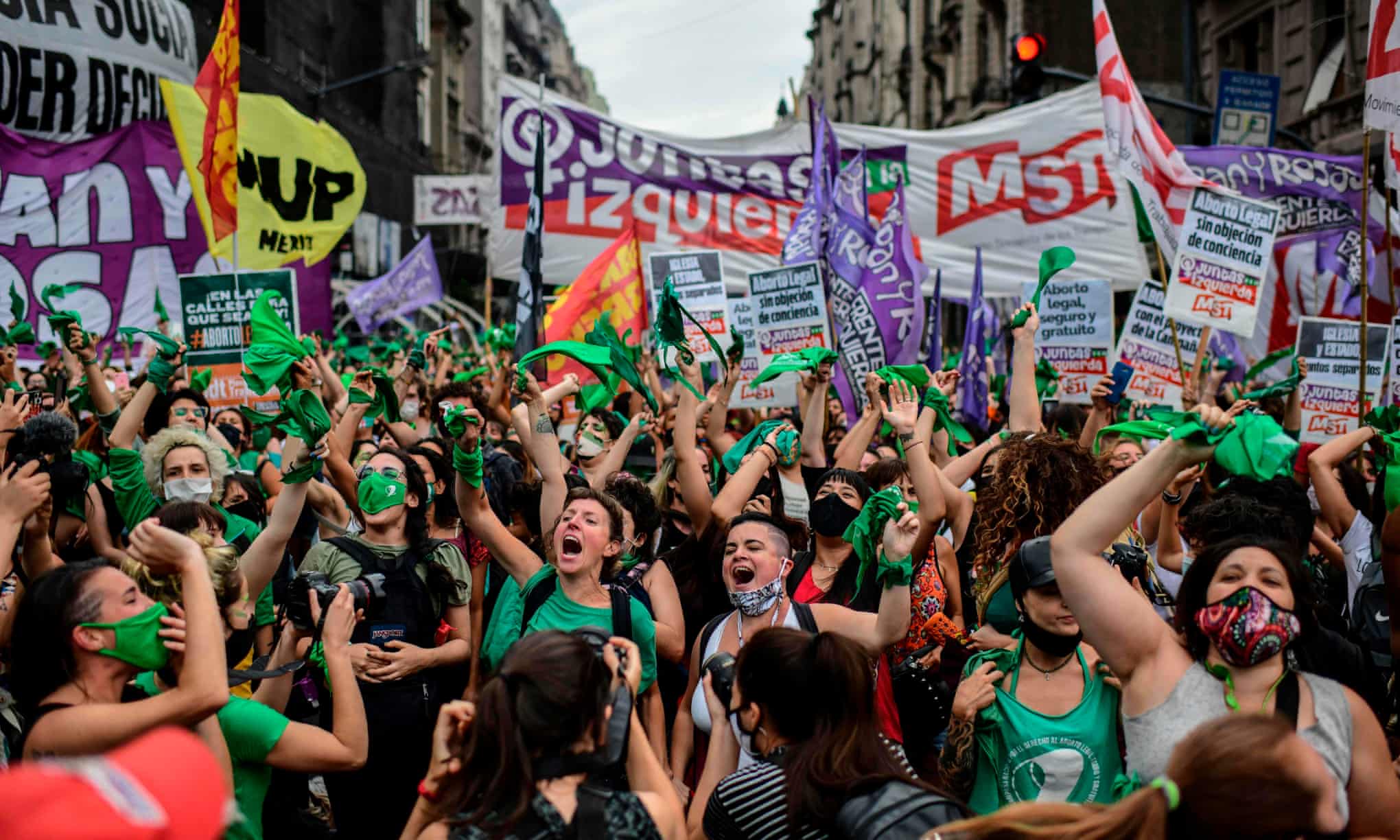 ‘We’ve always said that legalizing abortion is a human rights imperative, it’s something that will turn us into a more equal society,’ she says.

‘Thankfully, our president recognises that. It will be closer in the Senate, but according to our count, the numbers are there. Plus, the Peronists never send a project to Congress if they think they’re going to lose. If they’re sending it, it’s because they know they’re going to win.’

With the world watching in anticipation, the long-awaited moment of abortion’s legalisation in Argentina may well be about to arrive, but only time will tell whether or not the Argentine Senate fully approves of a law that could have repercussions throughout an entire region.